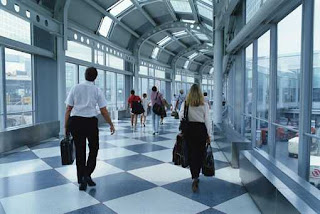 I am sitting at the Indianapolis airport drinking my favorite Earl Grey tea. I have to wait for several hours for my flight to return home after a conference.

“Home” is contested term in postcolonial discourse. One of the members of the conference was born in Kenya. She immigrated to Canada and now teaches in California. When we asked her where home is for her, she had to give a long answer.

Anthropologist James Clifford uses the metaphors of “root” and “route” to talk about culture and identity. Root stands for the place of origin and community of belonging. Route is about travel and transition. Some people embark on the journey voluntarily: visiting relatives and friends, taking a business trip or vacation, going on a pilgrimage, and spending a semester abroad. Others are not so lucky. They are displaced from their homeland, forced to emigrate, and uprooted as refugees or asylum seekers.

Root and route can be real and imaginary. I have met devout Tibetan Buddhists in the U.S., who consider Shangri-La their spiritual home, though they have never set foot there. Others are so fond of the Native American tradition that they feel an affinity when they visit Native lands and reservations. There are also the Indian wannabes who imagine they are Native in another life.

Many of us enjoy being armchair travelers. A popular article published earlier in the year in The New York Times recommended 41 places to visit in 2011. Many of us cannot afford to visit these faraway places. But we can imagine climbing up the Lin Yin temple on West Lake in Hangzhou, China, enjoying a soothing bath in the thermal springs in Iceland, or sampling seafood in Melbourne. 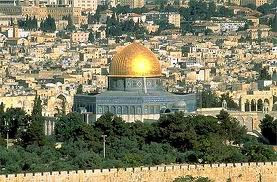 Some places are better left to the imagination, because we might be disillusioned when we actually go there. I had high expectations for my first trip to Jerusalem. The holy sites were so full of people. The conflict between the Israeli and the Palestinians was so palpable. The city of peace had become a city of animosity.

Postcolonial discourse dwells on the in-between spaces. Feeling out of place and unsettled can make one constantly alert. Having grown up in the British colony of Hong Kong, the most jarring experience was communicating with my Chinese teachers in my high school in English. Stuart Hall is right when he says that colonization makes one feel “diasporic” even at home.

For a long time, the Jewish people were dispersed and in diaspora. They have longed for returning home. The establishment of the State and Israel created many new issues for progressive Jews in the U.S.

I appreciate Jonathan Boyarin’s insistence of maintaining a diasporic consciousness even though a Jewish state had been established. A diasporic existence forces people to look at culture, nation, peoplehood from radically different vantage points.

Sometimes one needs to travel away to be able to see more clearly what one’s root is. This can be physical, cultural, or even spiritual.
Posted by Kwok Pui Lan at 10:24 PM
Email ThisBlogThis!Share to TwitterShare to FacebookShare to Pinterest
Labels: diaspora, in-between space, James Clifford, root, route
Newer Post Older Post Home