Can a Feminist Love Football? 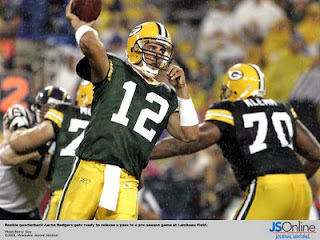 Can a feminist love baseball? No question. There are no head-butting and no bone-chilling tackles.
And if you live in Boston, you are expected to be a card-carrying member of the Red Sox Nation.
American football is a different matter.
I didn't grow up with American football, but with English soccer. My dad's only hobby was to follow his favorite soccer teams on the sports pages and on the radio. Pele and Maradona were household names.
So when I first watched American football, I was surprised to find that only the kicker can kick the ball. Everyone else holds the ball in his hands.
English soccer is a world game. More than 700 million people watched the World Cup final between Spain and the Netherlands last summer. One cannot but marvel at the cultural influences of the British Empire.
Football is so quintessentially American. "It is big, optimistic, lousy, passionate, and egoistic," a Chinese commentator says. It is a war game: violence masquerading as entertainment. It cost $3 million for a 30-second ad last night. 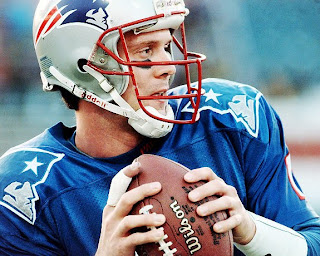 The first football game I watched was Super Bowl XXXI in 1997. It was completely out of curiosity. Beantown was exhilarated because the Patriots were going against Green Bay Packers in the final. Buses had signs that read "Go Pats." Star Market even had a display of the two teams made of fish fillet. Tuna's (Bill Parcell) team, the Patriots, were made of tuna.
It was clear that the Super Bowl was a cultural phenomenon and not just a ball game. It turned out to be the most exceptional final game. Green Bay's kick returner Desmond Howard won the game's MVP for scoring the winning touchdown on a Super Bowl record of 99-yard kick off return.

When the Patriots became a dominant team in the last decade, I was hooked. I love watching football because it is all about teamwork. You need skinny and fast receivers such as Randy Moss, as well as big and strong linebackers such as Mike Vrabel. A quarterback as talented as Tom Brady needs the protection of his linebackers.

Sports is one of the few places that men are allowed to show their emotions. KG and Michael Jordan play with a lot of passion. But it is nothing like when Aaron Rodgers bumped and touched the head of Greg Jennings when the two connected for a touch down.

My husband said football is just a lot of big men piling over a ball. Well, it is a little more than that. After I have watched TV programs that dissected a football game, I know it involves a lot of game planning, strategies, and tactics. You can go back to the tapes to see who was not doing the right thing.

Football is the most unpredictable game. One can throw a "Hail Mary" at the end, like Doug Flutie's game-winning 48-yard pass that gave the Eagles a victory.

Last night, the game was not decided until the last minute. Big Ben and the Steelers got to work with two minutes left. They were down 6 points. They had been there before and had scored. But Big Ben came up short this time; his 4th down couldn't connect. Then all was over. The Packers almost couldn't believe their luck.

There was also so much drama behind the games. Aaron Rodgers was one of the most scrutinized quarterbacks because he had succeeded the legendary Brett Favre. Commentators prefered him over Ben Roethlisberger, whose conduct off the court has courted a lot of ire. He was accused of sexual assault by a young woman. Since I had no connections with either teams, I rooted for Rodgers' team.

During the orientation of my school, I told the new students that I am a feminist and I belong to the Patriots Nation. Sometimes we should just follow our passions. Brady was voted unanimously as the League's 2010 MVP and Bill Belichick NFL Coach of the Year. We have hopes for 2011.