Just-peace in the title of this panel is not one word, but linked by a hyphen. The in-between space and the interconnection between justice and peace is the subject for our discussion this afternoon. Can we have peace that is not just? Can we demand justice and justice alone without peace? And who is to decide what is justice and justice to whom? Is peace a utopian state without war, conflicts, and tears?


We are reminded of the "Letter from a Birmingham Jail" by the Rev. Martin Luther King Jr. when he said that he was “gravely disappointed with the white moderate … who is more devoted to ‘order’ than to justice; who prefers a negative peace which is the absence of tension to a positive peace which is the presence of justice.”


Dietrich Bonhoeffer wrote that there is no cheap grace in his resistance to the Nazi regime. Today Christians must come to realize that there is no cheap peace. In the Gospels, Jesus confronted the power of the Roman Empire and the religious elites of his time. He proclaimed the coming of the Kingdom of God, as a counternarrative to the imperial rule of Caesar. Instead of glorifying military might and fanfare of war, Jesus said, “Blessed are the peacemakers, for they shall be called sons of God” (Matt. 5:9). He was tortured and died a political prisoner on the cross, an instrument to instill suffering and fear for anyone who dared to challenge imperial rule.


Yet throughout the age, the message of Jesus has been domesticated and coopted to serve the status quo. Time and time again, Christian doctrines and beliefs have been misused and misappropriated to justify the Crusades, the conquest of the Americas, and colonization of the world’s majority. The Christian Right and those advocating the Gospel of Prosperity have used the Gospel to bolster the 1% and to discriminate against the 99%, especially women and children, the working class, racial minorities, and lesbian, gay, bisexual, and transgender people. Middle-class churches proclaim peace, where there is really no peace.


Just-peace requires nothing less than a collective metanoia (repentence) of our own complicity in supporting the violence of an unjust system. Our economic system that condemns one out of four young children to live in poverty is both violent and unjust. Without recognizing the terror and violence inflicted in the name of national security, bailing out the big banks, and protecting corporate interests, we as Christians will never fully understand the cost of just-peace and the cost of discipleship.


The pursuit of just-peace requires us to begin to speak divine power in radically new ways. Christian images of God are commonly shaped by dominant images of power and might. In the past, God was often envisioned as a heavenly patriarch or monarch. Divine power understood as hierarchical, patriarchal, and one-sided has been used to reinforce the powers and principalities on earth.


Just-peace requires us to see divine power in relations, in the interstices, in the spaces between us. We need to see beyond the false dichotomies of black and white and to embrace the pregnant potentialities in the gray areas. At the Episcopal Divinity School, we encourage students to say both-and and not either-or.


The question in interfaith dialogue and engagement is not to draw a simple line between Christians and non-Christians. The issue at hand is not whether people profess belief in God or not; the question is what kind of ultimate reality and what kind of power people affirm. Those who affirm power as a top-down process and those who see God or ultimate reality upholding it are closer to each other, no matter whether they are Christian nor not, than those who affirm alternative forms of power that move from the bottom up.


From understanding dialogue as service to mission in the first half of the twentieth century to the discussion of multiple religious belonging, Christian churches have changed quite drastically in their attitudes toward other religious traditions. As we face the future, interfaith dialogue must address some of the burning issues in our world, such as the rise of fundamentalisms of all kinds, the assertion of religious identity and fragmentation of community, the exploitation of religious passion for violence, the widespread suspicion of political and religious leaders, and cynicism about possible social change. Interfaith dialogue must be a force for peacekeeping. In contemporary politics there are the dual forces of politicization of religion and the theologization of politics.


In the past several years, a group of theologians have begun to explore the concept of polydoxy in order to describe the multiplicity and relationality of God and of our world. Polydoxy, as its prefix “poly” suggests, acknowledges both the internal diversity of the Christian tradition and the plurality of the world’s religious and spiritual traditions. Colleen Hartung has said, “Polydoxy, a space for many opinions about belief within a body of belief, or alternatively a place of many faiths within a circle of faith, implies an openness to diversity, difference, challenge, and multiplicity.”


Polydoxy foregrounds the diversity of cultural and religious traditions of the world, and sees such diversity as a blessing and not a curse. Polydoxy debunks the myth of the superiority of one God, one creed, and one Church, and holds multiple traditions and perspectives together when looking at God and reality. A theology of multiplicity seeks company, and does not reduce the Other into the Same.

* Remarks at a panel discussion on "Nurturing a Culture of Just-Peace: Opening Local Communities for Interfaith Engagement" at the Episcopal Divinity School on May 2, 2012. The videos of this panel are available on the School's website.
Posted by Kwok Pui Lan at 10:30 AM
Email ThisBlogThis!Share to TwitterShare to FacebookShare to Pinterest
Labels: fundamentalism, interfaith dialogue, Jesus, just-peace, Martin Luther King, polydoxy


Homosexual sex is still punishable by prison time in Singapore, but the government has promised not to enforce the law. The Singaporean lesbian and gay community formed a group called Safehaven in 1998 to offer support and fellowship for Christians to discuss issues about faith and sexuality. The Free Community Church was subsequently formed, whose mission is “to create sacred space and give voice to the lives and experiences of minority communities, recognising their potential to transform lives and the wider church for the common good and glory of God.”


I was invited by Dr. Yap Kim Hao, former General Secretary of the Christian Conference of Asia (CCA), to visit Singapore. I have known Dr. Yap since my college days when I was introduced to the Asian ecumenical movement. Through meeting other young people at the CCA assembly in 1973 in Singapore, I was conscientized to the social issues of Asia and became aware of our collective identity as “Asian.”


Since his retirement from full-time ministry, Dr. Yap serves as pastoral advisor to the Free Community Church. I was very impressed that at 83, Dr. Yap has taken on a new cause and has committed himself to helping this fledgling community.


The Free Community Church rents space at a commercial building. Its members come from all walks of life and they are both gay and straight. The core members who welcomed me include the pastor Miak Siew and a teacher, a psychiatrist, and a business school administrator. Most of the members seem to be professionals. 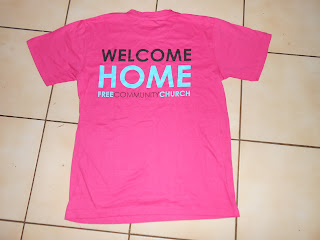 I delivered a lecture on “Loving the Body, Loving God.” I discussed the dualism of mind and body in Christian theology and introduced resources in the Bible and in the mystic tradition to envision a more positive approach to the body. I encouraged the audience to recover an expansive view about the body, pleasure, and Eros.


Some of the things I have said were quite “radical” for the audience, as some of them have come from conservative religious background, as churches in Singapore are generally quite conservative. After the lecture, some were interested in exploring further sexual ethics and morality. One asked how could we love and respect the body when the Bible says that our body is God’s and God is the potter and we are the clay (Isa. 64:8)?


In my response, I said that it is very customary for those of us who have grown up in Chinese families to think about sex in terms of right and wrong. Sex has been understood primarily in moralistic terms, and is often associated with danger, risk, and taboo. Love, however, is often beyond right and wrong, black and white.


Why can’t we think of sex in terms of aesthetics—of beauty, communion, excitement, desire, and ecstasy? I encouraged the Free Community Church to practice the ministry of accompaniment with all those who sexualities are questionable or even “indecent,” to borrow theologian Marcella Althaus-Reid's language.


I am very encouraged to know that in addition to the Free Community Church, there is a small Metropolitan Community Church in KualaLumpur as well as the Blessed Minority Christian Fellowship in Hong Kong, which celebrated its 20th anniversary this year.


An all Asia “open and affirming” church and life conference called “Amplify 2012” was held from June 22-24 in Hong Kong. With the theme “Transcending Boundaries—Restoring Hope,” the conference brought together participants from nine Asian countries. Bishop Yvette Flunder, Presiding bishop of the Fellowship of Affirming Ministries in San Francisco and Bishop Gene Robinson, bishop of New Hampshire of the Episcopal Church USA were the plenary speakers.


At the end of my lecture, a woman came up to ask if I have spoken to other lesbian and gay groups in Asia. I said that while I have met with individual lesbians and gay men in Asia, I have not given a theological lecture in a predominantly lesbian and gay group. I was very grateful to have the opportunity to speak at the Free Community Church and meet Asian lesbian and gay Christians.
Posted by Kwok Pui Lan at 7:56 PM
Email ThisBlogThis!Share to TwitterShare to FacebookShare to Pinterest
Labels: Free Community Church, gay, lesbian, love, Marcella Althaus-Reid, sexuality, Singapore
Newer Posts Older Posts Home
Subscribe to: Posts (Atom)