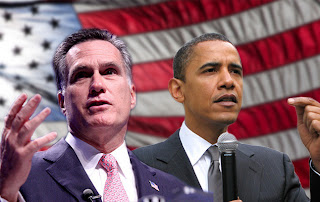 Four years ago, during Barack Obama’s first run for president, the Asian American community was very excited. After all, Obama has an Indonesian stepfather and has spent part of his childhood in Jakarta, Indonesia.


Obama’s half-sister Maya Soetoro-Ng married a Chinese Canadian Konrad Ng (吴加儒). She was instrumental in galvanizing the Asian American community leaders and soliciting their support in 2008.


This time around, there are far less reports of Soetoro-Ng or others in the Obama camp organizing the Asian American community and courting their votes.


Wei Bizhou, a columnist of the World Journal Magazine, said that both the Democratic and Republic Party have not campaigned hard among Asian Americans. Wei offered several reasons for this. Asian Americans make up only about 4% of the population and most of them are first-generation immigrants. Their low levels of political participation hinder their political influence.


Indian Americans have much less language barriers compared with other Asian ethnic groups. They have increased their influences and visibilities in American politics. The two Indian-American governors, Bobby Jindal of Louisiana and Nikki Haley of South Carolina are considered Republican rising stars. Jindal has even been suggested as a vice-presidential contender.


Very little is known about how religion has influenced Asian Americans’ political preferences. In her chapter on “Asian Americans, Religion, and the American Presidency” in the book Religion, Race, and the American Presidency, Professor So Young Kim offers some interesting observations. She notes that Asian Americans are highly diverse in terms of religious beliefs and associations. They are also the most secular racial group in American society (20% compared to 4% for the whites, 2% for blacks, and 12% for Hispanics).


She notes that there is a high degree of correlation between the lack of political party identification and secularism among Asian Americans. “For Asian Americans, 37% of those who profess no religion are political nonidentifiers,” she writes.


In the 2000 presidential election, the voting rate for Asian Americans was 45%. The highest turnout rate was found among Christians (49%) and the highest nonvoting rate was found among Muslims (78%). The support for Al Gore, Kim says, was generally high among those with non-Christian religious beliefs (Hindus and Buddhists), while George W. Bush won the biggest support from evangelical Christians.


Another variable is that those who identify themselves as Asian Americans rather than a specific Asian ethnic group (say Korean American) show a significantly higher level of interest in American politics and activism.


In this current presidential election, Asian Americans can still affect the outcome if they turn out to vote, especially in the swing states of Nevada where Asian Americans make up 9% of the population, Florida (3%), and Virginia (7%). After all, in 2008, Obama won Florida by only 2.5%.
Posted by Kwok Pui Lan at 4:03 PM
Email ThisBlogThis!Share to TwitterShare to FacebookShare to Pinterest
Labels: Asian American, Barack Obama, Mitt Romney, presidential politics, voting
Newer Posts Older Posts Home
Subscribe to: Posts (Atom)