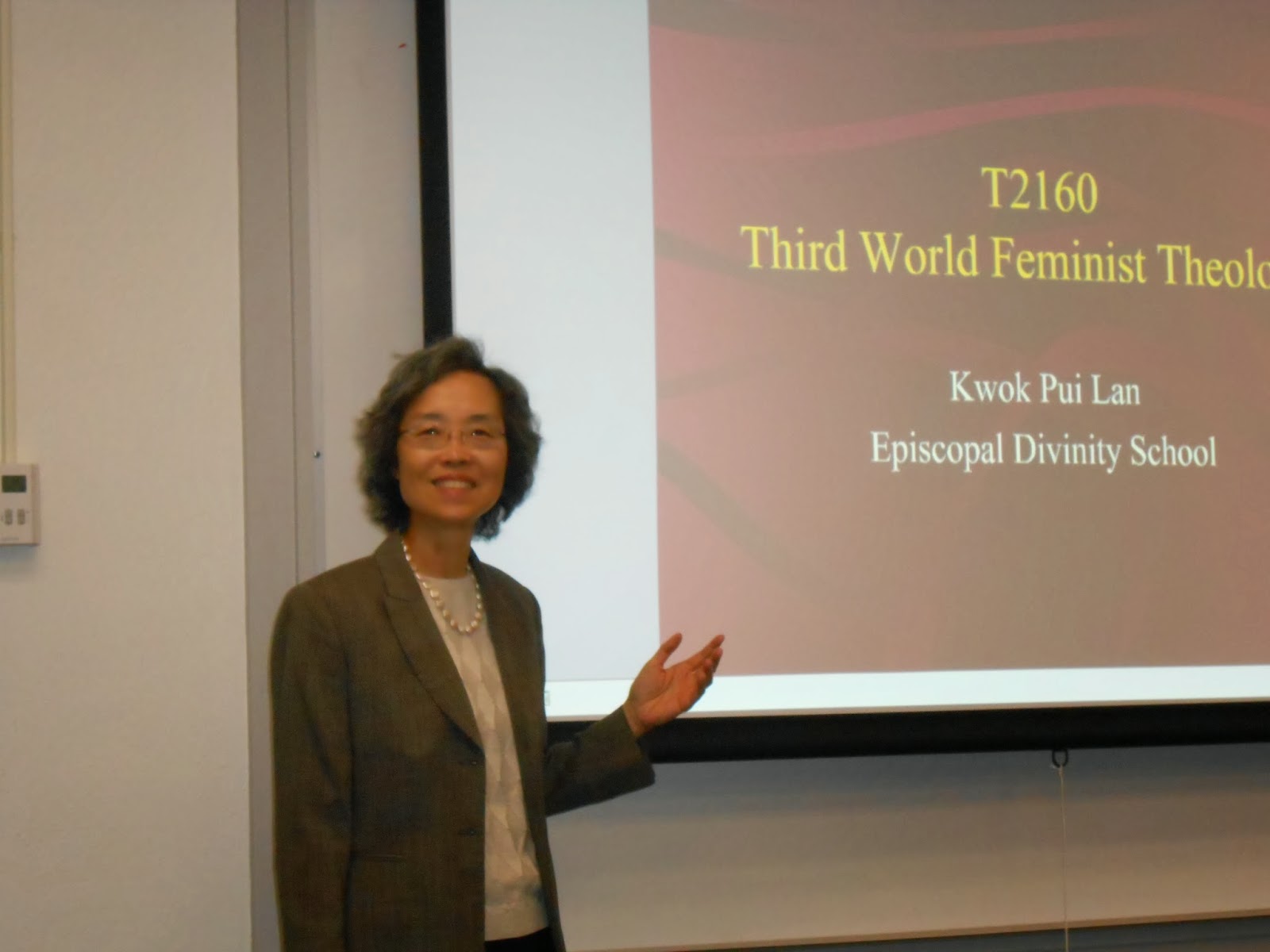 
I am convinced that the world needs feminist work in religion more than ever. The generation of feminist scholars in religion before us faced ridicule, censorship, and loss of employment when they charted a new territory and started a new field. They have laid a solid foundation for us to build on. It is important for us to discuss how the field will flourish and how feminist professors can continue their work as engaged intellectuals and help the upcoming generation.
This article is cross-posted on Feminism and Religion.
Posted by Kwok Pui Lan at 9:02 AM
Email ThisBlogThis!Share to TwitterShare to FacebookShare to Pinterest
Labels: adjunct faculty, feminism and religion, feminist scholarship, feminist theology, Nicholas Kristof, PhD students 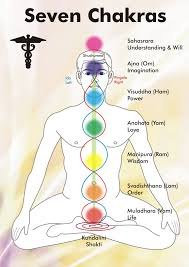 Yoga postures can activate energy centers of the body called chakras. Shiatsu and acupuncture can revitalize the body and clear blockages through activating particular points along the meridians on the body.


While traveling as a college student, I learned shiatsu, an ancient form of bodywork, from a Japanese friend. I practice yoga and have used acupuncture to relieve body pain. So when I heard about a workshop called Acu-yoga led by a yoga teacher and a shiatsu practitioner and acupuncturist, I was excited to learn more about how these ancient systems intersect.


This afternoon I attended the Acu-yoga workshop at a yoga studio at Boston’s famous Newbury Street. About two dozen people, mostly young women and men, paid the $45 fee to attend this special workshop. It was cold outside, with temperature around 18 degrees Fahrenheit.


Karma, the yoga teacher, began the workshop with gentle breathing exercises. She especially asked us to breathe into the belly and the back where the kidneys are located. Karma has long blond hair, a slim body, and a gentle voice, which is very soothing.


After several minutes of breathing, Zoe, who practices shiatsu and acupuncture, explained the location of the Bladder meridian. She asked us to form a fist and use the knuckle on the thumb to press on the space between the eyebrows. From there, we would use the knuckle to lightly knock along the meridian up the center of the forehead, across the head, and reaching down the back of the head to the sides of the spinal column. She said the meridian continues along the bottom to the back of the legs and all the way to the pinky toes. 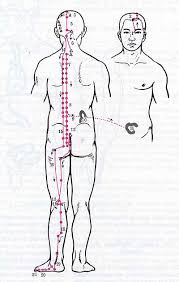 
Zoe then explained the location of the Kidney meridian and demonstrated how to press on the relevant points. She said that the Bladder and Kidney meridians are especially important during winter time. The bladder regulates the nervous system, stores and excretes fluids, and balances the spirit. The kidney is a primary source of vitality and energy of the body and its energy can be drawn during times of stress.


Afterward, Karma led us through a series of yoga exercises that focused on the yang side—the active side. While we were doing this, she and Zoe would go around the room and use the technique of shiatsu to gently press on the students’ bodies. For example, Karma pressed along the sides of my spinal column when I was in the Child pose. Some time later, when I was doing the Downward Facing Dog, Zoe would come and press on my right leg and ankle.


This was the first time that I had shiatsu applied when I was doing yoga. Since I had acupressure and massage before, I was not sensitive to people touching me. I would continue to hold the posture, while they worked on my body. The sensation from the body was quite different from that when I was lying on the massage table when a massage therapist worked on me.


The yoga sequence then focused on the yin side—the passive and receiving side. There was much less stretching and bending. We had to hold our breath longer for each posture to allow our body open more. At the end of the yoga practice, Karma told us to find a comfortable position for savasana (the Corpse post) because we would lie in that position for a long time.


Zoe and another acupuncturist went around and inserted needles on our bodies. Students could opt out if they wanted to. I had a needle inserted near my left eyebrow, and needles on both my hands and ankles. Afterward I rested for about ten minutes and felt very relaxed.


I breathed in and breathed out following the chanting music that the instructors have selected. As I drifted in and out of consciousness, I remembered the blessings in my life—a loving family, a four-month-old cute granddaughter, colleagues I have worked with for a long time, and students and junior scholars I have had the privilege to mentor. . . .


I had come to this workshop with curiosity and I left, quite unexpectedly, full of thanksgiving and gratitude.
Posted by Kwok Pui Lan at 7:59 PM
Email ThisBlogThis!Share to TwitterShare to FacebookShare to Pinterest
Labels: acupuncture, body, chakras, energy, health, shiatsu, yoga
Newer Posts Older Posts Home
Subscribe to: Posts (Atom)