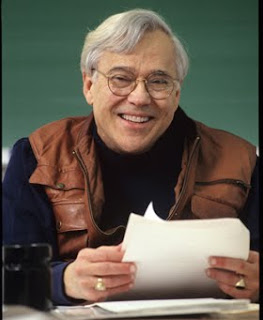 I do not remember how I came across Reynolds Price's memoir A Whole New Life: An Illness and a Healing. I remember on the book cover I saw Price sitting in a wheelchair. Price had an incurable illness--a 10-inch long malignant tumor wrapping around his spinal cord. He was 51 then, a well-known novelist and writer, who wrote about the South.
What impressed me most was Price's lack of self-pity. After several surgeries and dozens of radiation treatments, he survived, but was left paralyzed from the waist down. He was constantly in pain and sought hypnosis to ease his discomfort. At the end of the book, he said that he had hoped he would have learned earlier not so much to cure the illness, but to live with it.
Price continued to write despite his illness. I always wonder how these people could be so productive even when they suffered so much. Edward W. Said was shaking all over as a result of the treatment for his leukemia, yet he persisted to write his memoir Out of Place. Price would finish three memoirs before he died of heart attack at 77 on Jan. 20, 2011.
"Writing is a fearsome but grand vocation--potentially healing but likewise deadly," he told the Paris Review. He would not trade it for anything.
Price left behind a treasure showing how he worked: Learning A Trade: A Craftsman's Notebook, 1955-1997. If you think writing a novel is just imagination and not a lot of work, this book would surely change your mind.
Price was an "unchurched" Christian. He has long been dissatified with the church. He said the church has not spoken prophetically against racism and against poverty. As a gay man, Price found himself at olds with the teachings of the church on homosexuality. He called his faith "outlaw Christianity."
I have not read his books in which he discussed Christianity, such as Letter to a Godchild: Concerning Faith and Three Gospels. His colleague at Duke University for 30 years and EDS alumus Bruce B. Lawrence spoke highly of him, saying that Price's imaginative retelling of the gospels has opened up new horizons.
Although I have never met him, I hope he will rest in peace, knowing that many of his readers mourn his death.
Posted by Kwok Pui Lan at 8:47 PM
Email ThisBlogThis!Share to TwitterShare to FacebookShare to Pinterest
Labels: Christianity, Reynolds Price, writing
Newer Post Older Post Home