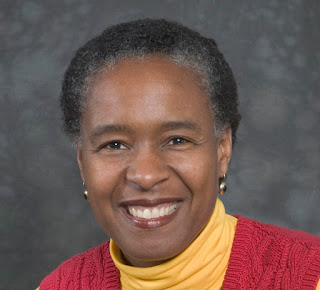 More than ten years ago, Traci West, other religious scholars, and I participated in a group to discuss the intersection of postcolonialism, womanism, and queer studies. I am glad to see that West includes all these perspectives in her book Solidarity and Defiant Spirituality: Africana Lessons on Religion, Racism, and Ending Gender Violence. West has written about and fought against violence against African American women for a long time. Based on her encounters with activists and scholars in Ghana, Brazil, and South Africa, West broadens the conversation in her newest book to include Africana wisdom on ending anti-black racism and gender-based violence.

The book recounts West’s visit to Cape Coast and Elmina in Ghana, where slaves were kept before they were loaded as human cargo onto ships bound for Brazil, the Caribbean, and the Americas. The slave trade was an integral part of European colonial expansion, and anti-black racism played a key role in it. Comparable to what Paul Gilroy has done in The Black Atlantic, West attempts to suture broken memories of Africans separated by oceans. Her account of Africana activism and resistance in four countries represents a countermemory to the global myths of progress and modernity, and a subversive description of neoliberal capitalism, which targets and sacrifices black female bodies. It documents how Africana activists and scholars have fought against colonial legacy, anti-black racism, and heteropatriarchy across the continents.

Postcolonial scholars have been concerned about representation of the Other in knowledge production. In the Introduction, West discusses her decolonizing method, which includes interweaving narratives with theoretical analyses, paying attention to reason and emotions, and being open to uncertainties and messiness. What impresses me most is her refusal to produce “objective” ethnographic data of the countries she has visited. She insists on keeping the border between the researcher and native informant fluid by presenting portraits of “intercultural dynamics in motion” (20). West  tells us her reactions on visiting the Candomblé temple in Salvador, Brazil, her uneasiness about her host’s suspicion of her intention, and her discomfort in gazing at black male prisoners. Her account shifts back and forth between gender violence in the US and foreign contexts. This juxtaposition prevents her readers from objectifying other peoples and demonizing their cultures as if gender-based violence is uncommon in the US. 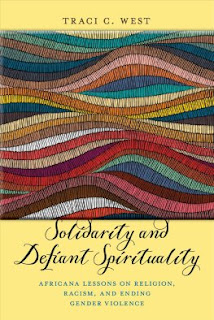 Her decolonizing method requires utmost honesty and self-reflexivity. West has devoted her professional career to the study of gender-based violence and especially intimate violence. This is a topic that not many have chosen to focus on, because it is hard and emotionally taxing. West does not want to objectify the victim-survivors or invite a kind of voyeurism into their suffering. Yet her narratives successfully portray the gravity of violence, and its cost to the human body and soul. West admits that she has unresolved questions and reveals her “vulnerabilities that include uncertainties, hopes, blunders, awakenings, and commitments” (17). In those poignant moments when West caught herself reflecting on her cultural biases and class and heterosexual privileges, she invites her readers to unlearn their habituated ways of being and be self-reflective in entering another cultural world. The book is beautifully written. For example, West narrates the affective experience she had while she sang “We glorify your name” in a ritual of remembrance, rode in a bus with common people in Brazil, and dipped her toes in the cold ocean after a long day of listening. The book engages not only the readers’ intellect, but also elicits emotional resonance.

In the American individualistic, consumerist culture, spirituality has often been described in private, personal, and transcendental terms. In contrast, West grounds her discussion of defiant spirituality in activism, especially in combating violence against black LGBTQI persons in South Africa. This defiant spirituality is communal, embodied, antiracial, interreligious, and practice-based. It is a spirituality that “accentuate[s] the human-life enhancing and connectivity” (194) against death-dealing forces that condone violence against black women. It involves challenging existing cultural myths and Christian misogyny and homophobia, crossing identity borders, organizing collective action, and forming alliances. Defiance spirituality is not timid or meek but involves faith-based confrontation of white racist realities and of the hypocrisy of faith communities when religious rhetoric does not match action. Using the ritual of remembrance at the Cape Town Free Gender group as an example, West shows the importance of creating space to grieve and to remember.

The conclusion has a thought-provoking title “Hope as a Process.” Hope is often described as a state: whether you are hopeful or hopeless. Hope in Christianity is associated with time—the final eschaton. “Hope as a process” signals contingency without secure promise, directionality without assured outcome. For West, this hope is found not only in those nurtured by religious symbols and faith, but also in secular activists working for justice. She argues that “defiant Africana spirituality and Africana hope are interdependent” (227). This is because “Africana spirituality births Africana hope for solidarity in ending gender violence, which in turn fosters a solidarity within which hope can be found” (227). Africana defiant spirituality involves antiracist commitments, countercultural courage, and forging alliance within the politics of intercultural dynamics. West concludes that learning defiantly with Africana activist leaders from diverse settings has given rise to hope. She describes this learning metaphorically as a blackening process, which repudiates the denigration of blackness by white Christianity and colonialist thought. I want to add that this blackening process also involves seeing the complexity and contradiction in any given situation. It chastises us not to find an easy solution by resorting to naïve hopefulness or romanticized hope. It has the humility to admit as Paul says, “For now we see through a glass, darkly; but then face to face: now I know in part, but then shall I know as also I am known.” (I Cor. 13:12, KJV).

As I was reading this book in the past months, the news of the Hong Kong protests occupied my mind as I was born and grew up in Hong Kong. I pondered about the relation between civil disobedience and defiant spirituality. During her short visits to each of the three countries, West talked to leaders, participated in meetings, and visited sacred and historical sites. She did not have a chance to observe mass protests and describe defiant spirituality manifested in the “assembled bodies” (Judith Butler) of mass demonstration. In her examples of changing the marital rape laws in Ghana, combating sex-trafficking in Brazil, and challenging discrimination against LGBTQI persons in South Africa, I wonder why kinds of mass action was needed. The protests in Hong Kong were largely peaceful in the beginning, but with increased police brutality, some of the protesters have turned radical and violent. I have been thinking about the limits of defiance. In The Duty to Resist: When Disobedience Should Be Uncivil, Candice Delmas says we do not only have the duty to obey the laws, but the duty to justice, and “the duty of justice demands resisting injustice, bettering institutions, and frustrating wrongs, and it supports principled disobedience in the process. Given our less-than-ideal polities, obeying the law is neither the sole, nor necessarily the most important, of our political obligations” (106) During the civil rights movement in the US and the anti-apartheid movement in South Africa, protesters used different strategies, some were violent. I need to think more about the ethics of social actions and the principles of non-violence to effect social changes.

*This blog is based on a paper presented at a panel to review the book at the annual meeting of the American Academy of Religion on November 24, 2019 at San Diego, CA.