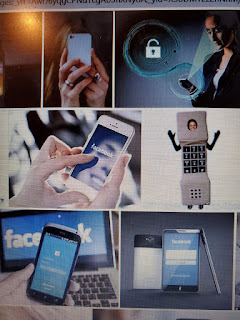 This is the reason she doesn’t use music in her teaching, because she wants us to focus on yoga.

During the whole day, I have been thinking if I have guarded my sensory doors mindfully.

We live in a world of information overload. I do not subscribe to printed newspapers. But every day I look at the New York Times, Politico, Huff Post, World Journal (in Chinese) and sometimes South China Morning Post.

In addition, I watch videos from Hong Kong and Taiwan. During the past six months, I have been following the Hong Kong protests and sometimes spent hours watching commentaries by different KOLs (key opinion leaders). Watching the news often makes me upset, sad, and angry.

I have told my students many times about the need to protect our brains and guard our time. In Crazy Busy, Dr. Edward Hallowell says that many of us are suffering from ADT (Attention Deficit Trait). ADT are people who have difficulty staying organized, setting priorities, and managing time. As a psychiatrist who has diagnosed and treated thousands of people with ADD, he is seeing more and more people suffering from ADT.

Our culture and modern life create the environment for developing ADT. We watch TV, eat dinner, check our phone, and talk to our children at the SAME TIME during dinner.

We boast we can multitask, but this may affect our brain’s function. Dr. Hallowell writes, “as the human brain is asked to process dizzying amount of data, its ability to solve problems flexibly and creatively declines and the number of mistakes increases.”*

After I talked about Dr. Hallowell’s research in a class, a student canceled several of her social media accounts and said she needed to wean herself from spending so much time checking messages.

I did not have her problems until two weeks ago. My friends were amazed when I told them that I did not have a smartphone till two years ago. I had only a flip phone. Since I sat in front of my computer all the time, I didn’t need a smartphone to check and respond to emails. I also did not want to be connected 24/7. 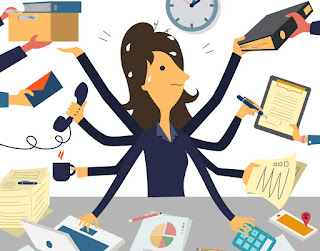 I finally decided to change to a smartphone because I found a phone plan that was even cheaper than my flip phone plan. I went to Amazom.com and bought the cheapest one (on sale for $69).

I was not addicted to my phone and did not carry it around every day. Sometimes I purposely left it at home, so that I would not be connected all the time. The cheap phone worked for me, except it could not take beautiful photos as iPhones or Samsung phones could.

During the Thanksgiving holidays, I decided to buy a nicer phone because I need to take a few videos for a project.

So, I bought a top-of-the-line Samsung phone that came out this year. And my problems began!

The screen is so nice and the images so sharp. They appeal to the eyes.

I have always wondered why my friends can respond to Facebook posts so fast. Now I know. My Facebook app shows the number of likes, comments, etc. I have received. It is so tempting to check what my friends have said.

Suddenly, I find myself checking my beautiful phone all day—a practice I had proudly avoided until two weeks ago.

As I am typing this, my phone sits right next to the laptop, smiling at me.

How can I ever do or write something seriously if I am checking my phone all day? I will be busy responding to emails, checking Facebook likes, and looking at how many steps I have taken today through another app.

Guard your sensory doors should be my inner mantra from now on. Dr. Hallowell wrote CrazyBusy after he has written a very popular article, “Why Smart People Underperform” in Harvard Business Review. At my age, I am not so concerned about underperform or overperform. But I need to protect my brain and live a fuller life. Not becoming a slave of a small device that I am attached or addicted to.

In this age when there are so many external demands, close or limit some of the sensory doors may bring sanctity or inner peace. At least a healthier brain, I hope.

p.s. I wrote this in 49 mins, including checking Dr. Hallowell’s article. I could have done it faster if I didn’t check the Facebook likes!