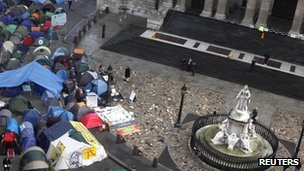 Churches in the U.S. have long been involved in social movements: anti-slavery, temperance, women’s liberation, and gay, lesbian, bisexual, and transgender liberation. On this Christmas day, I hope churches will provide hospitality for this movement to continue.
Posted by Kwok Pui Lan at 10:59 AM
Email ThisBlogThis!Share to TwitterShare to FacebookShare to Pinterest
Labels: Church of England, Episcopal Church, Jesus, occupy Boston, Occupy movement, Rowan Williams
Newer Post Older Post Home