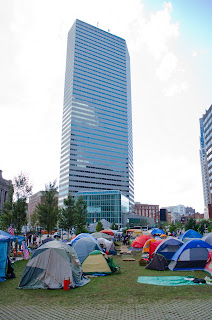 I wonder why did Jesus attract great crowds following him? What did they see in the promise of Jesus? Why do the churches not attracting the multitude today?
Posted by Kwok Pui Lan at 10:50 PM
Email ThisBlogThis!Share to TwitterShare to FacebookShare to Pinterest
Labels: Jesus, minjung, minjung theology, occupy Boston, occupy Wall Street
Newer Post Older Post Home