Mentors in My Life

When I told people that I had a woman priest in my teenage years in Hong Kong, they were very surprised. That was back in the 1960s!

Deacon Hwang Hsien-yuin was the vicar of my church even before she became one of two women officially ordained in the Anglican Communion in November 1971. Rev. Hwang was an educator and a priest, and she was the principal of a primary school, while serving as the head of my church. Born into a privileged family, Deacon Hwang received her college education in China and obtained a Master’s degree at Columbia University. This was rare for women of her generation.

I was a youth leader of my church and sang in the choir for our 8 a.m. morning service. After the service and before choir practice, Deacon Hwang would come to lead a short devotion. It was during these short devotions that I first heard a feminist interpretation of the Bible. As she struggled to be ordained as a woman priest, she discussed with us the meaning of ministry and God’s calling to both women and men to serve.

I had a desire to know more about Christian faith while serving in the church. I fondly remember it was Dr. Philip Shen’s three lectures on theology that opened my eyes to the breadth and depth of the Christian tradition. Dr. Shen was a professor in the Department of Religion and Philosophy at the Chinese University of Hong Kong. He taught courses on Christian classics and philosophy of religion, and was a keen promoter of general education in higher education. In addition, he was a well-known creator of origami.

As a graduate of the Divinity School at the University of Chicago, he had received a broad-based theological training. When I left Hong Kong to begin my doctoral studies at Harvard Divinity School, Dr. Shen told me not to hurry back and to take my time. He knew more than I did at the time that education of a person is a very long process.

I had the fortune of meeting Professor Letty Russell in Korea the year before I went to the United States for doctoral work. She was invited to deliver a series of lectures on feminist theology in Seoul and I was invited as her respondent. Letty became a mentor, colleague, and friend. Letty, Katie Geneva Cannon, Ada María Isasi-Díaz, and I co-edited the volume Inheriting Our Mothers’ Gardens. 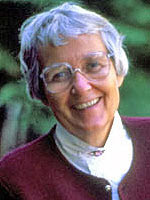 Letty was a keenest supporter and promoter of generations of Third World and racial and ethnic minority women theologians. Many scholars can recount stories of how Letty has helped them in their personal and professional journeys.

It was at Letty and her partner Shannon Clarkson’s home that a small gathering of Asian and Asian American women in theology and ministry was held in the fall of 1984. Letty and Shannon called together several Asian women students studying theology on the East coast and ministers. The network that later became Pacific, Asian, and North American Asian Women in Theology and Ministry (PANAAWTM) was born.

For 12 years, Letty and Shannon served as the network’s advisors, raising and managing funds for us. In 1997 when the Asian and Asian American advisors took over the responsibilities, we had a farewell party for them. I told Letty that it was from her that I learned how to become a mentor, modeling after her example.

During my graduate studies, I had the privilege of studying with Professors Mary Daly and Elisabeth Schüssler Fiorenza. I took a course with Mary Daly soon after her book Pure Lust was published and she used the book as a primary text. The class was small and Daly was famous for “not allowing” men in her classes. From her I learned that women had to learn to think independently outside the “sacred canopy”—the male church hierarchy, androcentric regimes of knowledge, and the male reward system.

Daly’s image of life “on the boundary” became a constant reminder of never submitting to the temptation of “fitting in.” Later when I became interested in postcolonial studies, Daly’s teaching has prepared me to think in the “in-between” spaces. Although I have criticized Daly’s work, my respect for her as a pioneer, trail-blazer, and a fierce fighter for truth is enormous. She also taught me that scholarship can be done with a lot of passion and humor.

Elisabeth was teaching at the Episcopal Divinity School when I took her course on Gospel Stories of Women. Her book In Memory of Her was published a few years ago and quickly became a must-read for women in divinity schools. As women were fighting against male systems of knowing and scholarship, some had misgivings about Elisabeth’s book as it is so dense and with so many footnotes. When I discussed this with Elisabeth, she said that she had worries about who would read her book. The male establishment would not take it seriously and the women would find it too hard. But she said, liberating scholarship is liberating. Women have not been encouraged to develop ourselves to be scholars, and we have to claim back the power to become theological subjects.

I went to Elisabeth’s office for my first appointment with her. She listened to the theological project I was interested in pursuing. Some 25 years after, I still remember the advice she has given me. She told me my work would need three paradigm shifts: from male to female, from West to Asia, and from privileged women to poor women. I did not fully anticipate the process of decolonizing of mind that these paradigm shifts would require and that this would be a life-long work.

I am a faculty member of the Asian Theological Summer Institute, held this week at the Lutheran Theological Seminary in Philadelphia. This Institute provides mentoring and support for Asian and Asian American doctoral students in the United States and Canada. Yesterday during a seminar, I heard myself telling the students that they had to go through multiple paradigm shifts in their work. And I remember I first heard this from Elisabeth.

Learning takes place in a matrix of relationships, as my former student Alan Hesse has said. I am very privileged and fortunate to have many mentors who have accompanied me in my long journey to become a scholar. I came from a family of modest means and my parents were farmers from China. Without the help of others who have recognized that I might have something to contribute, I would never have been able to dream of who and what I can become. I am full of gratitude to my mentors and teachers and I hope to pass on the wisdom I have learned to others.
Posted by Kwok Pui Lan at 10:41 AM
Email ThisBlogThis!Share to TwitterShare to FacebookShare to Pinterest
Labels: Elisabeth Schussler Fiorenza, feminist theology, Hwang Hsien-yuin, Letty Russell, Mary Daly, mentoring, mentors
Newer Post Older Post Home