Stand Up for Transgender Youths 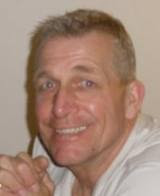 This morning at the Boston Pride Interfaith Service, Ken and Marcia Garber received the 2011 Pride Interfaith Award. As David Houle of Dignity Boston read the award citation, Ken Garber would not hold back his tears.

CJ, the child of Ken and Marcia, wanted to be a boy since four years old. Ken, a firefighter, believes that parents should love and affirm their child, no matter the gender identity of the child. Marcia and Ken found that the Catholic Church to which they belonged could not quite accept that they had a transgender son. They were tired of hearing that gay, lesbian, bisexual, and transgender (GLBT) people would go to hell.

They became involved in Dignity Boston and turned to the transgender community for support and help when CJ began his gender affirmation process. They have been active in the Massachusetts Commission for GLBT Youth, Mass Equality, and Parents, Families, and Friends of Lesbians and Gays (PFLAG). Sadly, CJ died of a drug dose at 20 years old, after suffering from years of bullying in school and struggling to find a job.

People around me at the Interfaith Service and I cried as we listened to Ken and Marcia telling their story. As a parent, I could relate to their deep felt pain. We all want to see our children grow up strong and enjoy life. Yet, our society has made it so difficult for CJ and others like him to survive and flourish. I could imagine the teases, snares, and belittlement. . .

Many years ago, after I taught at the Episcopal Divinity School for about two years, the students organized a weeklong evening services for GLBT people. A student Ann told the story of what happened after she had come out to her family as a lesbian. She was only about 13 or so, and her family wouldn’t accept who she was. The next day, her parents put all her belongings on the porch and asked her to leave.

My daughter was around 13 at the time, and I could not imagine doing this to my own child. Why was it so unacceptable to hear that your daughter loved a person of her gender?

Ann’s story opened a window for me to understand the pain and anguish of gay and lesbian youth. Discrimination against GLBT people was no longer something abstract, because one of my students was thrown out of her family simply because of who she was.

I was so moved by Ann’s story and I pledged to do whatever I could to stand in solidarity with GLBT people, so that fewer children would need to go through what Ann had gone through.

Transgender people are particularly at risk in our society. They face widespread discrimination and violence. Currently the Massachusetts Transgender Political Coalition is pushing for the passage of a bill that will add Massachusetts to the 15 other states that protect transgender people. The bill will include gender identity and expression in the state’s non-discrimination statute and will amend existing hate crime laws to explicitly protect people targeted for violence and harassment.

Ken has spoken at rallies and testified at the State House. Ken and Marcia have not gone back to live quietly in their suburban town. They have turned their pain into courage to stand up for others. We must do our part to stop hate and intolerance and make sure that it gets better for our transgender youths.
Posted by Kwok Pui Lan at 8:44 PM
Email ThisBlogThis!Share to TwitterShare to FacebookShare to Pinterest
Labels: gay pride, LGBT, parents of LGBT, transgender
Newer Post Older Post Home