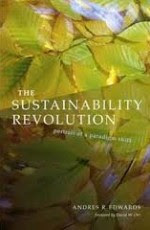 Sustainability is the new buzzword. This morning was Harvard University’s Commencement and you could find recycling bins everywhere on campus. Harvard is the size of a small city with 26 million square feet. It has self-imposed a whopping 30 percent cut of its greenhouse gas emission from 2006 levels by 2016. The University is aiming for a goal of zero waste by 2020.

The word “sustainability” became prominent as a result of the 1987 report of World Commission on Environment and Development of the United Nations, entitled Our Common Future. The report defines sustainable development as “development that meets the need of the present without compromising the ability of future generations to meet their own needs.”

Following the report, the Earth Summit at Rio de Janeiro in 1992 brought together world leaders, delegations from governments, and NGOs together. I was the coordinator of the theological advisory team of the conference organized by the World Council of Churches at Rio. The Rio Declaration said “we can no longer think of environment and economic and social development as isolated fields.”

Today, people usually talk about sustainability in terms of the three “Es”: Environment, Economics, and Equity. The Center for Sustainability at the University of Kansas puts out this diagram to explain the intersections among the three: 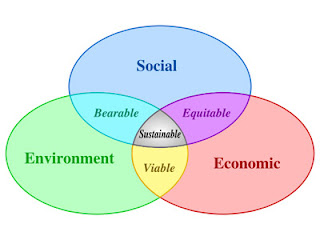 Sustainability requires us to rethink the relation between God, human beings, and the world. Instead of human beings having dominion over creation, many scholars and pastors have used the model of stewardship. Biblical scholars have reexamined important insights on creation and the environment. A group of scholars have looked at the Bible from the Earth’s perspective, and issued the Earth Bible Series.

The ecological crisis prompted the development of ecological theology, with representative figures such as John Cobb, Gordon Kaufman, Mary Grey, Heather Eaton, and Rosemary Radford Ruether, just to name a few. Clergy, scientists, and theologians in the Anglican tradition such as Arthur Peacocke, John Polkinghorne, Sallie McFague, and Martha Kirkpatrick have also made significant contributions.

I was invited to give a plenary lecture on “The Theology and Philosophy of Sustainability” at a conference of the Colleges and Universities of the Anglican Communion, held this week at the University of the South at Sewanee, Tennessee. I talked about the need for recycling of Christianity: changing our perspective from anthropocentrism to biocentrism.

Anne Primavesi, an Irish theologian, wrote about the “tight coupling” between humans and nature in her book Sacred Gaia. For her the separation of nature and culture does not reflect reality. We need to remember that the Christian mystics have long spoken about their union with God and with nature. Hildegard of Bingen in the twelfth century described the world as a “cosmic egg” and wrote: 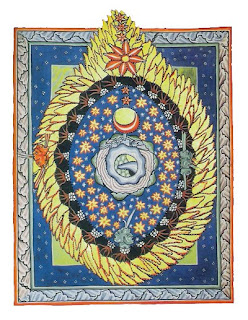 I awaken everything to life. The air lives by turning green and being in bloom. The waters flow as if they were alive. The sun lives in its light, and the moon is enkindled, after its disappearance, once again by the light of the sun so that the moon is again revived. The stars, too, give a clear light with their beaming.
Posted by Kwok Pui Lan at 9:17 PM
Email ThisBlogThis!Share to TwitterShare to FacebookShare to Pinterest
Labels: Anne Primavesi, earth bible, ecology, Hildegard, sustainability
Newer Post Older Post Home