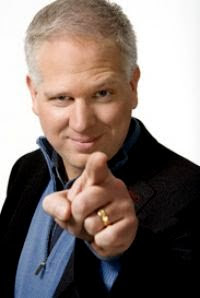 I do not know why people would tune in to listen to people like Glenn Beck.

I am attending a conference at Wabash Center in Crawfordsville, Indiana. There is an outspoken conservative group at Wabash College, a men’s liberal arts college of 850 students. This group published a magazine The Phoenix, which I found this morning on the coffee table.

A senior student Adam Current published an essay in it entitled, “Out of the Closet: Why I like Glenn Beck.”

He asks, “How is it that a critically thinking Wabash Man could possibly enjoy the likes of Glenn Beck?” My interest was piqued.

Though I might disagree with Current, I find his criticism of the Left intriguing. He charges, “The Left’s puritanical enforcement of political correctness is as hysterical as it is pathetic.” The Left, he continues, have created their “own political dialect, cluttered with forbidden words.”

After Senator John Kerry lost the presidential election, many pundits offered statistics, diagnoses, and commentaries. Cognitive scientist and linguist at Berkeley George Lakoff’s comments caught my attention. In Don’t Think of an Elephant! He argued that the Democrats lost before they have allowed the Republicans to frame and control the language of the issues.

When the conservatives used the positive terminologies of “pro-life,” “tax relief,” and “family values, it was harder to win over the issues. People voted with their values and framing the moral terrain was crucial.

When the Republicans won a landslide in the election last November, Lakoff observed, the conservatives had think tanks and a vast communication system dominating the wavelength. They won over the independents—the “bi-conceptuals” who have both the progressive and conservative conceptual systems in their brains. They tend to apply these systems to different issues. The conservatives were able to appeal to them by using language such as government takeover and death panels. President Obama had no overriding narratives in his first two years, he said.

In a very interesting article, “Head, Heart, Guts, and Gonads: Getting Dirty in the Rhetoric War,” Robin Lakoff, a professor of linguistics at Berkeley chastises the progressives for not using rhetorical strategy effectively.

She points out the head is the seat of logic. The heart is the locus of feeling. The guts are about fear. The gonads are about sexual identities. Transgressing sexual boundaries creates terror.

“The left likes to argue to the head; conservatives know that the further down you go, the more persuasive you will be,” she argues.

In order to win, rhetorical strategy is important. But you still need people to tune in. Politically incorrect humor helps, because news has turned into entertainment in the U.S.

I want to come out of the closet: I like Jon Stewart. When I am tired after a day’s work, I sometimes turn to The Daily Show for entertainment. Carefree, satirical, and irreverent, Stewart never fails to entertain. I prefer him over Keith Obermann, who is too much in your face.

The Republicans have already begun to jockey for position for 2012. Progressives need to gear up soon.