Do the Postcolonial Theorists Write Badly? 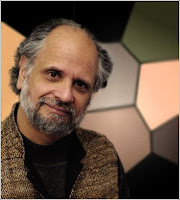 The Journal of Philosophy and Literature used to run Bad Writing Contest in the late 1990s. Postcolonial critic Homi Bhabha won a second prize in 1999 for a passage in The Location of Culture.

"If, for a while, the ruse of desire is calculable for the uses of discipline soon the repetition of guilt, justification, pseudo-scientific theories,
superstition, spurious authorities, and classifications can be seen as the desperate effort to 'mormalize' formally the disturbance of a discourse of splitting that violates the rational, enlightened claims of its enunciatory modality."

The debate on whether bad writing is necessary has a long history. Socrates was mocked for his technical language. In our modern time, George Orwell in “Politics and the English Language” (1946) warned of the use of obfuscating abstraction in political prose. For him, to write and to think “clearly is a necessary first step toward political regeneration.”

The late Edward W. Said shared Orwell’s thinking and criticized the opaque and difficult writings in humanities. Such style of writing, he surmised, has made humanities largely irrelevant to the public. He said intellectuals should communicate as immediately and forcefully as possible.

However, Said defended his friend Bhabha in an interview, saying, “Writers like Bhabha are looking for the occasion to work out ideas. There's something unfinished about it.”

The work of Gayatri Chakravorty Spivak is also notoriously difficult. In his review of Spivak’s work, Terry Eagleton teases that there must be a rule in the handbook for postcolonial critic that reads: “Be as obscurantist as you can decently get away with.” 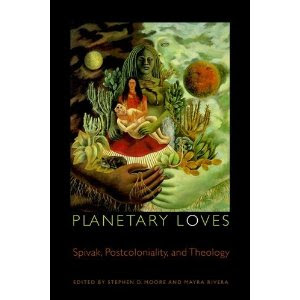 In 2007 Spivak spent a whole day in conversation with theologians and biblical critics. The result was the anthology Planetary Love: Spivak, Postcoloniality, and Theology. I had the opportunity to ask her if she were to do it all over again, what would she have changed?

Spivak said that she would write in a more accessible way.

This is quite different from her earlier position, for she distrusts the demands for linguistic transparency. The criticism that her work is difficult to understand might mean to her that the person has not worked hard enough.

For Bhabha and Spivak, language is a performance. Bhabha said, “South Asian and Continental traditions tend to be more metaphoric and symbolic in their use of language.”

Bhabha’s mind is subtle, fluid, and multi-dimensional. This might have something to do with his upbringing in highly pluralistic Bombay. His new preface for the Routledge Classic Edition of The Location of Culture said he grew up “in Bombay as a middle-class Parsi—a member of a small Zoroastrian-Persian minority in a predominantly Hindu and Muslim context." He observes, “Learning to work with the contradictory strains of languages lived, and languages learned, has the potential for a remarkable critical and creative impulse.”

Bhabha’s writing reflects the palimpsest of his postcolonial mind and identity.

Spivak writes as she speaks—going back and forth and with loose structures. She demonstrates a mind in transition—transversing different terrains, going at full speed, making sudden turns, and shifting gears.

I certainly hope that Bhabha and Spivak would write in a way that can be more easily understood. I am not always sure that I fully understand what they try to say.