So What's for Lunch 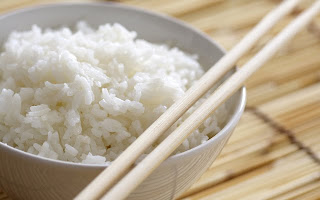 Lunch means eating rice. This was the way I was brought up in Hong Kong. So I was surprised to see that lunch could mean so many things when I first arrived in Boston.

I still vividly remember the dean of my theological school walking passed by Harvard Science Center, eating a pretzel on his way during lunchtime. My fellow students brought an apple, pieces of carrots, or nuts to eat for lunch. Others had muffins, potato chips, and every kinds of niceties which I would call snacks.

Food has become a major war in the United States. On the one hand, Michael Pollan admonishes us to “eat real food.” On the other hand, the agribusiness and fast-food chains want to entice us to eat much more than real food.

Today, Mark Bittman of the New York Times has joined the fray. His target was McDonald’s “bowl full of wholesome”—also known as oatmeal. Instead of just plain 100% natural oatmeal, McDonald has added many more ingredients. To be honest, Bittman says, the fast-food chain should label it as “oats, sugar, sweetened dried fruit, cream and 11 weird ingredients you would never keep in your kitchen.”

You can’t have plain oatmeal, just as you can’t simply have rice. Have you been to restaurants and fast-food stores that serve fried rice, curry rice, rice with raisins and nuts? You have to ask if you want white or brown rice.

Americans have so many choices in food. Yet most of the food is of such poor quality. During my recent trip to Sweden, my host took me to a bakery and the aroma of the bread was just delightful. People lined up to buy fresh-baked bread after work. We went to a fish store to buy soup with fish and clams, freshly prepared for the day. It tasted delicious, and much less salty than soup served in the U.S.

I don’t know why Americans put so much sugar and salt in their food. When I first looked at an American cookbook, I thought something was wrong with a cake recipe. It said one cup of sugar. My goodness, you can use this amount of sugar for several months of Chinese cooking. When I told my friends I’d cut the amount of sugar in the recipe to half, if not to one-third, they rolled their eyes in disbelief.

I have a conspiracy theory about why so much sugar and salt are added to food. When the food you eat is so sweet and salty, you have to drink a lot of sodas—alas, not water. 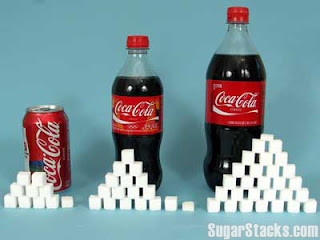 The popular sodas have so much sugar. A 12-ounce can of Coke contains 39 grams of sugar, equivalent to nine-and-a-half sugar cubes. A 20-ounce bottle contains sixteen-and-a-half cubes!

Mrs. Michelle Obama is waging a campaign to provide healthier lunches in schools as one of the steps to address childhood obesity. The federally-funded school program feeds 31-million low-income American children a year. She wants to increase the amount of fruit and vegetables on the school-lunch trays. But the prices of these products have increased significantly. Even if money can be found to fund the proposal, she faces an uphill battle to convince American children to eat healthy food.

My mother has told her children to eat fresh food and avoid canned food and preservatives. We learned to drink green tea when we were young. I would just stick to her sound advice.
Posted by Kwok Pui Lan at 3:15 PM
Email ThisBlogThis!Share to TwitterShare to FacebookShare to Pinterest
Labels: diet, food, health care, Michael Polan, michelle Obama
Newer Post Older Post Home