Osama Bin Laden Is dead. Are We Safer? 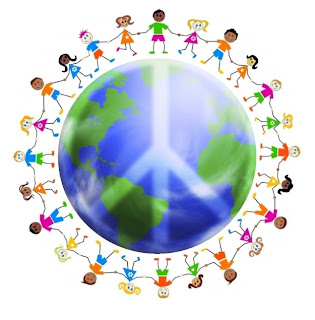 While many Americans feel a sense of relief that Osama bin laden is dead, I cannot but feel a heavy sense of the burden of history. When we look back at the killing of bin Laden ten years from now, will we say that his death has ushered in a period of peace? Or will there be more bloodshed and revenge? Only history will tell.

When I saw the leaders of the most powerful country huddled in a room watching the killing of a man, I had very mixed emotions. Should we call this righteous killing? Or assassination? Osama’s estranged son Omar bin Laden has come out condemning the killing of his father as criminal. Is he justified in saying that?

These are not easy questions because we have entered an era in which war is not conducted in a conventional way. It is no more one nation fighting with another. Instead, it is the U.S. and its allies fighting “the terrorists” who can be found abroad and at home. President Barack Obama decided not to release the photos of bin Laden’s body, because the images might incite more violence.

Bin Laden may be dead, but unless we deal with the root causes that have driven many young people to join the ranks of Al-Qaeda and other militant groups, the world will not be safer.

Shortly after September 11, 2001, President George W. Bush spoke to the Congress and asked, “Why do they hate us?”

President Bush said that the terrorists did what they did because they “hate our freedoms.” But from Jakarta to Cairo, many Muslims and Arabs did not share the President’s view. Hostility against the U.S. had grown in the Middle East, because many felt that they have been unfairly treated by the world’s superpower.

Now bin Laden is dead, it might be worthwhile to revisit what he had said after September 11. Peter Ford of the Christian Science Monitor reported on September 27, 2001:

“And the buttons that Mr. bin Laden pushes in his statements and interviews - the injustice done to the Palestinians, the cruelty of continued sanctions against Iraq, the presence of US troops in Saudi Arabia, the repressive and corrupt nature of US-backed Gulf governments - win a good deal of popular sympathy.”

I condemn the killing of thousands of innocent people at the World Trade Center and the Pentagon. My heart goes out to the victims’ families and friends, who find little comfort or closure in knowing that bin Laden is dead. I mourn especially with the children who have forever lost their parents and loved ones.

I do not want to justify what bin Laden has done. Yet, I must honestly ask: What has the U.S done in the past decade to alleviate the suffering of the people in the Middle East and to win over the hearts and minds of the people?

I am sad to say that injustice continues to be inflicted upon the Palestinians. The wars in Iraq and Afghanistan have dragged on, making it difficult for the people of these nations to rebuild their homes and countries. U.S. troops are still in Saudi Arabia. The recent popular uprisings in the Arab world showed that the U.S. had supported many corrupted regimes and strong men. The U.S. had not always been on the people’s side fighting for their “freedoms.”

The most important lesson I have learned from postcolonialism is to read history contrapuntally. The late Edward W. Said taught that we have to learn to read history from more than one side, because histories and geographies overlap and are intertwined.

Americans might be able to forget the long history of British and American involvements in the Middle East. But those who live in those lands cannot afford to forget.

In The Colonial Present: Afghanistan, Palestine, Iraq, the eminent British geographer Derek Gregory details the colonialist and Orientalist engagements of the U.S. in these countries. Political pundits and the mass media have created an imagined geography that reinforces the “us” and “them” polemic. He connects the military campaigns launched by America against Afghanistan and Iraq with the campaign of Israel against Palestine.

Senator Barbara Boxer and others have sponsored a bill calling for the withdrawal and redeployment of U.S. combat troops from Afghanistan by July 1, 2011. Since the war began on October 7, 2001, about 1,500 American military personnel have died, and more than 10,000 wounded. As of January of this year, the U.S. taxpayers have spent an estimated of $336,000,000,000 for the operation in Afghanistan. We have heard little from the media about the death tolls and casualties of Afghan military and civilians.

It is time to bring the American troops home. It is high time that we invest not in war, but in peace building. Only so, the world will be safer for us and for our children.
Posted by Kwok Pui Lan at 10:43 AM
Email ThisBlogThis!Share to TwitterShare to FacebookShare to Pinterest
Labels: Barbara Boxer, Edward W. Said, Middle East, Osama bin Laden, terrorism
Newer Post Older Post Home