American schools are as segregated as before Dr. Martin Luther King’s civil rights movement. How can we help to create space in the classroom such that issues of race, gender, class, and sexuality can be discussed?

Three African American professors discussed the vision and concerns of womanist pedagogy at the Southwest Regional Meeting of the American Academy of Religion this morning in Dallas, Texas. “Womanism” is a term used by Alice Walker in her book In Search of Our Mothers’ Gardens: Womanist Prose to describe the perspective and experiences of African American women.

Professor Keri Day, Director of Black Church Studies at Brite Divinity School at the Texas Christianity University, spoke of moral imagination as a form of moral action. At a time when white male Eurocentric knowing is still the norm in many schools, she called attention to the ways imagination can contribute “to evoke new worlds,” as Toni Morrison has said. She used the work of Paulo Freire to discuss consciousness raising and critical awareness of the complexity of the world. 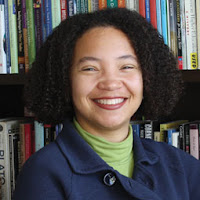 Engaging the work of Michel Foucault, Professor M. Francyne Huckaby of College of Education of the same university, spoke of creative chaos and seducing power in liberating pedagogy. Foucault has talked about the technology of the self and governmentality of power. Dr. Huckaby emphasized that within relation of power, there is also the relation of vulnerability. Power is never final or total. Womanist pedagogy can help students understand the underside of power and use it creatively for social change.

Professor Melanie L. Harris cited the work of her colleague Jack Hill to discuss teaching for

diversity.* Hill offers several pedagogical steps, including: (1)acknowledge your own social location, (2) deal with resistance, (3) dismantle “safe spaces of niceness” in order to promote transformation, (4) deal with conflict with an ethic of care, and (5) share power as a way of creating a communal context of learning.

In her response to Hill’s work, Dr. Harris discussed her use of womanist pedagogy in the classroom, adopting the critical insights of Katie G. Cannon, Marcia Riggs, and Emilie Townes. Cannon, a pioneer in womanist ethics, stresses the dismantling of outmoded and conventional knowledge and demystifying racist and sexist ideologies. Riggs models the commitment to theory and praxis in her book Plenty Good Room. Emilie Townes uses Toni Morrison’s metaphor of womanist “dancing mind” to describe the sacred moment of learning between teacher and student.

In the discussion following the panel, participants raised the question of how might people of other social locations learn from the womanist approach. A white participant wants to use some of the critical insights in negotiating differences in her predominantly black church.

A black male student asked how male professionals might support the work of womanists. One of the panelists responded that it is important for black male professors to continue to lift up the voices of womanists, and not just learn about them when they are writing their dissertations.

A black woman who graduated from divinity school and is teaching in public school asked if the womanist scholars are bringing their pedagogy to the black church and community. It is often a challenge to be a scholar and activist at the same time. Dr. Day's Black Church Studies program seeks to bridge the gap between academia and the black church community.

*Jack A. Hill, “Fighting the Elephant in the Room: Ethical Reflections on White Privilege and Other Systems of Advantage in the Teaching of Religion,” Teaching Theology and Religion 12, no. 1 (2009): 3-12. Followed by responses by Melanie L. Harris and Hjamil A. Martínez-Vázquez.
Posted by Kwok Pui Lan at 8:43 PM
Email ThisBlogThis!Share to TwitterShare to FacebookShare to Pinterest
Labels: black church, Michel Foucault, Paulo Freire, womanism, womanist pedagogy
Newer Post Older Post Home