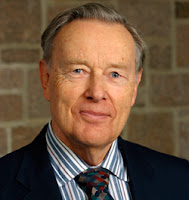 Those of us who had the privilege of visiting Professor Kaufman’s home on Longfellow Street in Cambridge, Massachusetts, would never forget Gordon’s hospitality and his wife Dorothy’s great cooking. Many of us would remember the blue carpet in the living room, which the couple bought in Hong Kong.


But the most memorable item in their home for me was the silk scroll that Gordon’s parents brought back from their days as Mennonite missionaries in China. It was dedicated to his father and has the Chinese transliteration of his last name Kaufman, which means, “overflowed with blessings” in Chinese.


My life has been overflowed with blessings since meeting Kaufman and having him as co-director of my dissertation. Kaufman had shown great interest in my work and told me that he was conceived in China, though he was born in the United States. He had a deep curiosity about Asia and had visited or taught in India, Hong Kong, China, and Japan.


The most important legacy of Kaufman for theology is his theological method, and particularly his understanding of theology as “imaginative construction.” And Kaufman has offered us a very capacious imagination indeed. Kaufman’s theological thinking had changed over time. While his philosophical thinking has been much shaped by Kant, he has continued to dialogue with different cultures and sciences.


One of Kaufman’s dialogical partners and friends at Harvard was Edward Wilson, an expert on sociobiological and the life of ants. Wilson sent him his illustrated 700-page exhaustive tome on ants when it was published, and Kaufman proudly displayed it in his room.


In Creating Minds, Howard Gardner said that creative people are distinctive in their abilities in bringing different bodies of knowledge and thought together into fresh synthesis. Kaufman demonstrated his abilities in navigating through theology, philosophy, natural sciences, and the study of cultures and religions.


To develop a capacious imagination, one must be willing to be self-conscious and self-critical. Kaufman’s constructivist method is not satisfied with staying safely within theology formulated in the past, including his own. His several books on God testify to his remarkable ability to challenge his own thinking and move onto new horizons.


Over the years he continued to learn from his female colleagues in the academy and his female students, who help him to understand the limitations of anthropomorphic and andocentric images for God, such as creator, Lord, king and father. His understanding of God as “serendipitous-creativity” opens new avenues for dialogue with the natural sciences and with ecofeminism.


His imagination was also nurtured by his sustained interest and participation in Buddhist-Christian dialogue. His moves toward a naturalistic Christianity open new possibilities for dialogue with Buddhism and other traditions that have a more wholistic understanding of nature and the interrelation of all beings. His biohistorical notion of humanity, for example, may find resonance in Thich Nhat Hanh’s concept of interbeing. Kaufman has written a fascinating comparison between the Christian concept of God and the Buddhist notion of emptiness.


The fecund imagination continued in his old age. His major work In Face of Mystery was published in 1993, when he was sixty-eight. As his students, we know that he had worked on it for many years, for we heard it in lectures and saw him drawing the trajectories on the blackboard. He last book Jesus and Creativity came out in 2006, when he was eighty-one years old.


In the book On Late Style, the postcolonial critic Edward W. Said discussed two different styles in the late works of musical and literary artists. Some would continue to do what they are used to do since their younger days. But there is a group of artists, including Beethoven, who have produced works of such creativity that they stand in contrast with what is popular at the time and becomes forerunners of what is to come. I would characterize Kaufman’s late style in that category.


Kaufman has also used his imagination to directly address particular social or ecological issues, such as Nonresistance and Responsibility, Theology for an Nuclear Age, and his essays on ecological consciousness and the human niche in the ecological order. In these books and articles, he followed his teacher H. Richard Niebuhr’s example of treading between theology and ethics to offer pragmatic wisdom and moral guidance.


Kaufman has not created a particular school of thought. It is hard to generalize what his students are doing for they are so different in their theological trajectories. Many of his students have continued his legacy of posing radical questions to the theological tradition and breaking new grounds.


I would like to illustrate this by citing the works by some of his students of color and international students. For example, Anthony Pinn finds Kaufman’s definition of theology as a self-conscious human construction useful for broadening the nature and tasks of Black theology. He has just published a new volume on an African American humanist theology, entitled The End of God-talk.


Several of his Indian students, such as Christopher Duraisingh, M. Thomas Thangarai, and Sathianathan Clarke have used what they have learned from Kaufman to engage Indian cultures and religions. In fact, Kaufman delivered his famous essay on “Christian Theology as Imaginative Construction” in Bangalore, India, in 1976. Sathianathan Clarke has developed a Dalit theology, using the drum as a metaphor for Christ in Dalits and Christianity.


I have worked on postcolonial feminist theology for many years. With Joerg Rieger, I co-authored the newly-released book Occupy Religion, which presents a theology of the multitude.


Kaufman was a past President of the American Academy of Religion. He was a mentor, wise counselor, and friend to many colleagues in the academy.


As we remember his legacy, I want to tell you the story of the last time that I have seen him. I went to his office in order to send him a copy of the book Empire and the Christian Tradition, which I have co-edited. The book was dedicated with gratitude to our teachers. He was one of the persons to whom I wanted to dedicate the book. He was delighted to receive the book. In the course of our discussion, he said that theology should expand people’s horizons and not erects a fence to protect a narrow tradition. This was the Kaufman I would always cherish and remember because from him, I have received “overflowed blessings.”